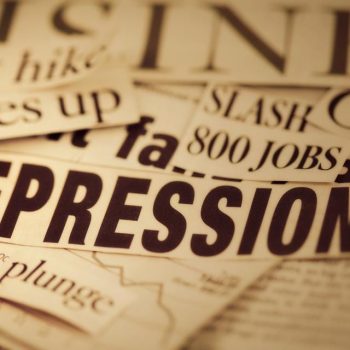 Will Your Restoration Company Survive the Economy? Or Be a Casualty of it?

What will it be next year? Digital currencies taking over the dollar?  A Dollar Collapse? 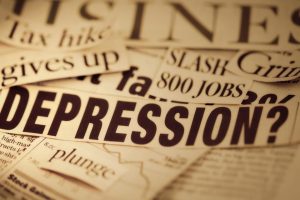 We’ve been doing restoration marketing longer than just about anyone else  That’s not a brag, I say it so you know that we’ve about seen it all.  We’ve had the opportunity to see what hundreds of restoration companies do in good economies and bad.

We’ve worked with the companies that “didn’t make it” and the ones who not only came out on top, but ended up as market leaders … IN THE SAME ECONOMIES.

Anybody can survive when thins are great, but I’m going to tell you who didn’t make it when the bad economies rolled around:   I’ve given them nicknames.  By looking at them we can observe failure in recessions, and do the exact opposite to succeed.

So here we go:

1. The Criminal –  Insurance fraud, embezzling money from partners, selling drugs out of the shop.  I know people in jail, bankrupt because their profits went up their nose and more. Clearly they didn’t survive.

2. The Blamer  – The guy who knows it’s all everyone else’s fault – His employees, his customers, the market, the government, his marketing people, the insurance companies, everyone but…well, him.  Doors closed.

3. The Silver Bullet –  He thinks there’s one “silver bullet” to creating a success.  He tries every silver bullet too.  But he never persists, he stops and starts, he never wins at any of them.

4. The Veruca Salt – Remember her from Willy Wonka? The girl who said, “I WANT IT NOW!”  Well, don’t we all. But it’s not like that.  Only perseverance, intelligence, thinking ahead and planning win the war.

5. The Part-Timer – He won’t put in the effort. Even when there’s lots of calls, he’s home by 5pm! When things get slow, instead of getting more business, he sits on Internet forums and Facebook and complaining about how slow it is.

6. The Industry hopper – This is the restorer who is a restorer when it’s convenient.  Like in 2008-2009 when remodeling died. All of the sudden everyone was a restorer!  But…they weren’t. They didn’t learn the ropes and thought this business was just going to be easy money. Well, it’s wasn’t. not.

7. The Short-Term Thinker – He can’t plan or think past Friday. You tell him until you’re blue in the face that rainy season is ending soon or that there are lulls in this business, but does he plan for it?  Never.  He ends up with new lay-offs every year.

I can see how many of these guys have gone out of biz in my database, it’s a lot guys. Don’t be them. Economies go up and down, Presidents change, insurance companies get regulated. There’s always going to be something. But there are many, many companies I work with that thrive through bad economies and slow seasons.  How? By doing the exact opposite of those things above.